There is no question, the theater scene is not lacking here in Coeur d’Alene! There are numerous amazing shows to attend, year round.  Because there are 3 different venues just in one city, you have plenty to choose from. In addition, there are 7 different shows scheduled within the next couple of months, check them out below.

This smash off-Broadway hit takes you to the 1958 Springfield High School prom. There we meet Betty Jean, Cindy Lou, Missy, and Suzy, four girls with hopes and dreams as big as their crinoline skirts! As we learn about their lives and loves, the girls serenade us with classic ‘50s hits including “Lollipop,” “Dream Lover,” “Stupid Cupid,” and “Lipstick on Your Collar.” The Marvelous Wonderettes will keep you smiling in this must-take musical trip down memory lane! Dinner, dessert and no host bar included with purchase of tickets.

Three unlikely friends take control of their office and learn there is nothing they can’t do, even in a man’s world.With music and lyrics by Dolly Parton and book by Patricia Resnick, is based on the seminal 1980 hit movie, and is sure to be a hit with audiences.

Tells the classic J.M. Barrie tale of a young boy who refuses to grow up. On a quest to find stories with which to entertain his young cohorts in Neverland — an island refuge for “Lost Boys” — Peter returns to the real world and meets Wendy, Michael, and John Darling. The Darling children accompany Peter back to the magical Neverland. They get involved in all sorts of adventures, defeat the evil Captain Hook, and are changed forever. J.M. Barrie’s masterful story shines especially bright with a rich new score. A delightful musical featuring singing pirates, daring sword fights, and fantastical make-believe. Peter Pan, A New Musical is a story that is filled with magic, delight, and just a fairy dusting of heartbreak.

Chronicles the strength and determination of women considered expendable in their day. Exploring their true story and its continued resonance. Catherine and her friends are dying, it’s true; but theirs is a story of survival in its most transcendent sense. As they refuse to allow the company that stole their health to kill their spirits, above all, endanger the lives of those who come after them.

You are going to love this musical! Winner of 4 Tony Awards, in addition, New York’s Critic Circle Best Musical award. Inspired by the twisted genius of Roald Dahl, Matilda The Musical is the captivating masterpiece that revels in the anarchy of childhood, the power of imagination and the inspiring story of a girl who dreams of a better life. With book by Dennis Kelly and original songs by Tim Minchin. Matilda has won 47 international awards and, for that reason, continues to thrill sold-out audiences of all ages around the world.

Based on Disney’s epic animated musical adventure and Edgar Rice Burrough’s Tarzan of the Apes. Tarzan features heart-pumping music by rock legend, Phil Collins, and a book by Tony Award-winning playwright, David Henry Hwang. High-flying excitement and hits, like the Academy Award winning “You’ll Be in My Heart,” as well as “Son of Man” and “Two Worlds,” make Tarzan an unforgettable theatrical experience.

Are you craving some snow fun this winter? We are, since there hasn’t been much snowfall! But, there is snow up in the mountains. And you may not know, the areas ski resorts often have fun events. Check out a few below and enjoy your winter with us. 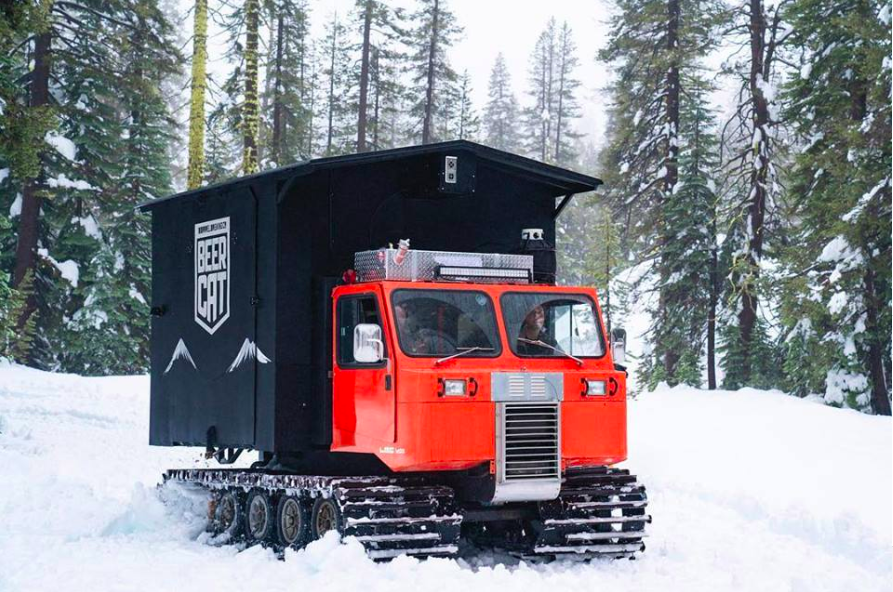 Treat Your Dad on Father’s Day

All fathers deserve the best! But sometimes they might be a little difficult to shop for, so maybe treating them to an experience would be more ideal. There are loads of fun activities you can do with your dad this Father’s Day! Check out some ideas and events happening below.  And if worst comes to worst, there’s also some out of box gift ideas, which are all below $100.

Take advantage of our local lakes and rivers. Rent a boat and enjoy the water. Maybe fishing or just cruising around. Click here for a list of area lakes & rivers plus some boat launches.

Head out to a brewery. There are a ton of great breweries in our area. If beer is your dad’s thing, check out a list of local breweries by clicking here.

Hike or Bike. Maybe being active is something your dad enjoys. We’re in North Idaho, so there are plenty of places to hike or bike. Check out a great list we put together bu clicking here.

Take him to a live show. Everybody loves music! There are some concerts happening this weekend in the area, check it out here. 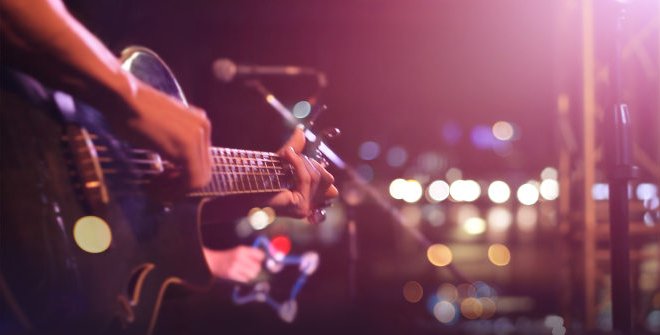 Check out some classic cars. You’re in luck! This weekend is the annual Car d’Alene in beautiful downtown. Check out the details here.

Take him to the golf course. Hit a few balls at a local golf course. Click here for a list of the ones in the area.

Just lay low. Keep it simple and make your dad a nice home cooked meal. Or take him to a nice restaurant in the area and have others doing the cooking for you.

Father’s Day Cocktail Class – On June 16th you and your dad can make two signature cocktails at Up North Distillery in Post Falls, plus get 20% off all merchandise.

Father’s Day Buffet – On June 16th at the Coeur d’Alene Casino, dad’s can enjoy a yummy buffet and $3 Manmosas!

Car D’Alene – June 14th and 15th in Downtown Coeur d’Alene, check out some classic cars with your dad.

Out of the Box Gift Ideas 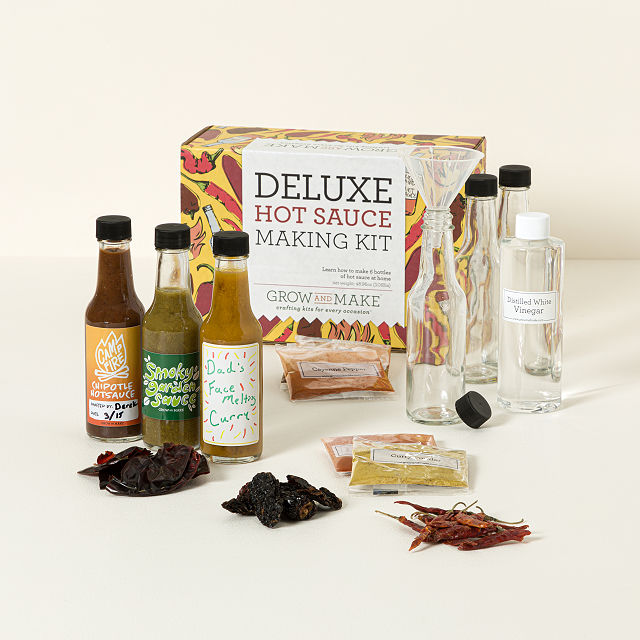 If your dad is a spice lover, this great gift he help can create his own brand of spice. 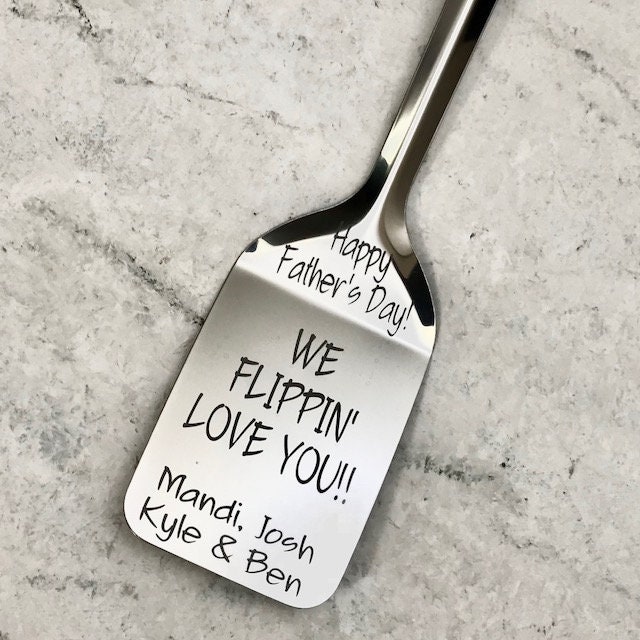 Nothing shows your dad you love him more than your name on an item he uses frequently. He’ll think of you every time he uses it. 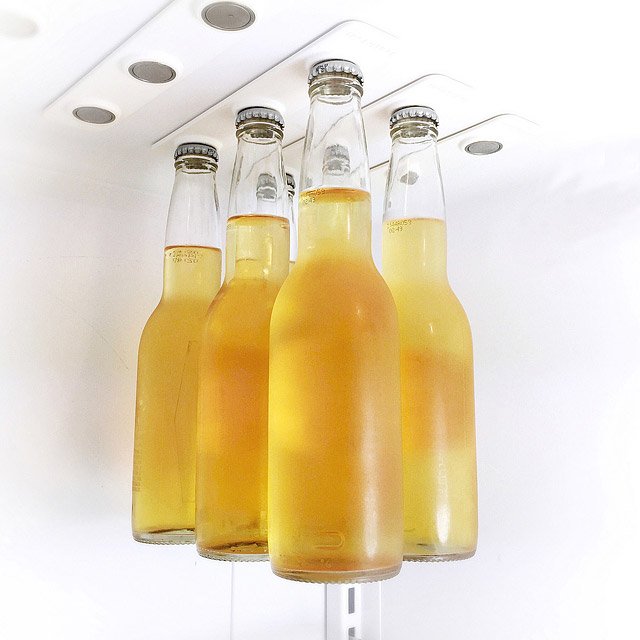 Save some room in your dad’s fridge with this beer loft. Now he’ll have more space for his snacks. 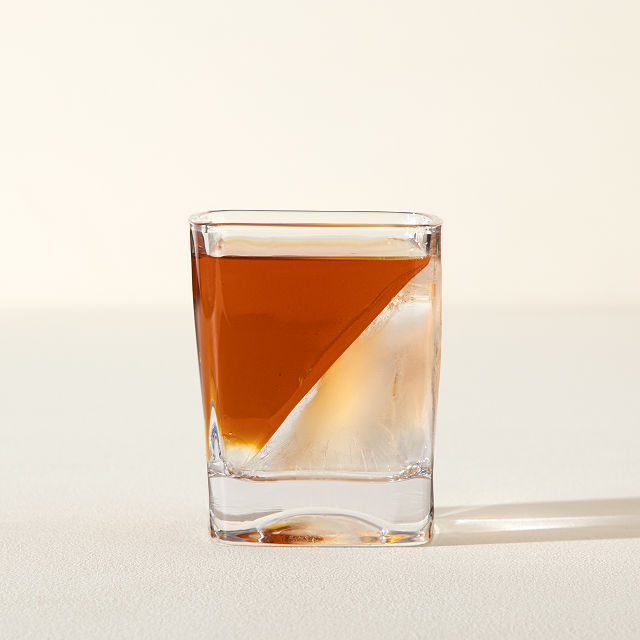 Help minimize the water dilution in your dad’s whisky but also keeping it chilled. That way it’ll be good to the last drop. 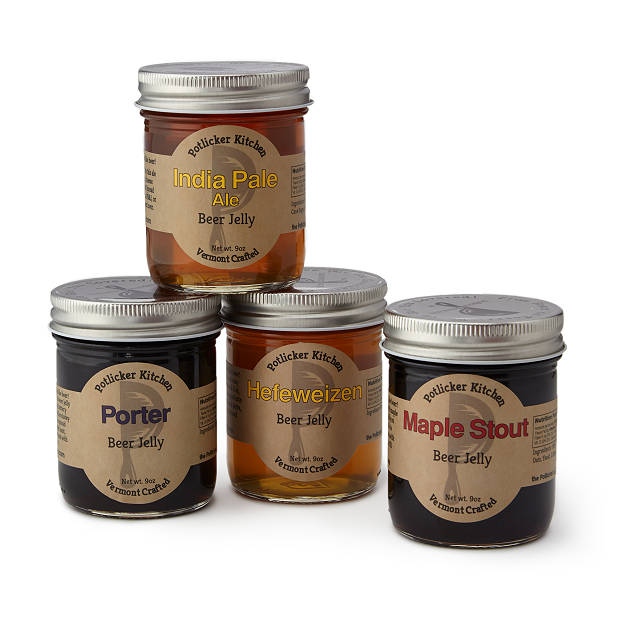 Now your dad can eat his favorite beers straight from the tap with jelly infused with craft beers. 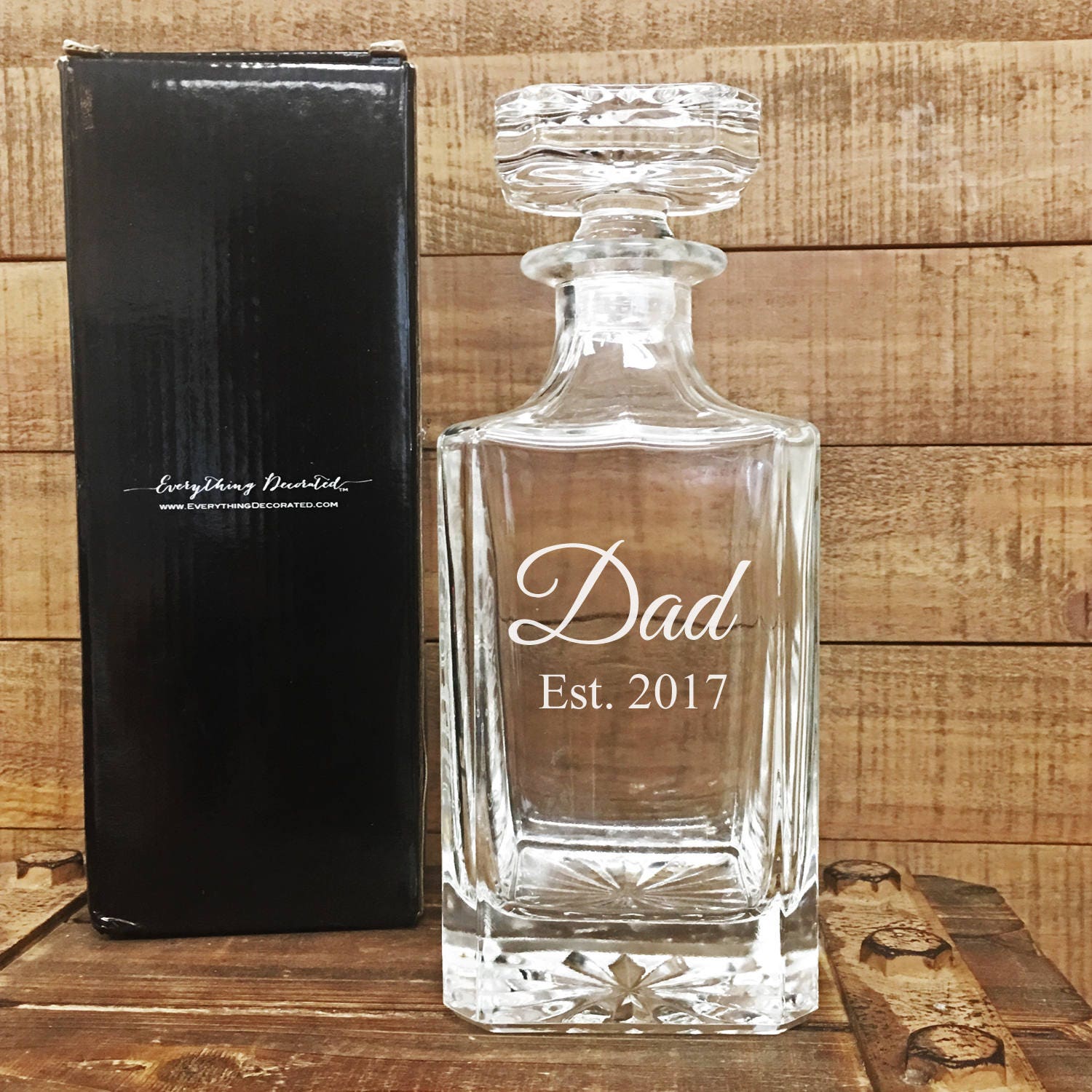 Engrave one side or two sides of a glass decanter for your dad and help them savor whisky the way it was supposed to be. 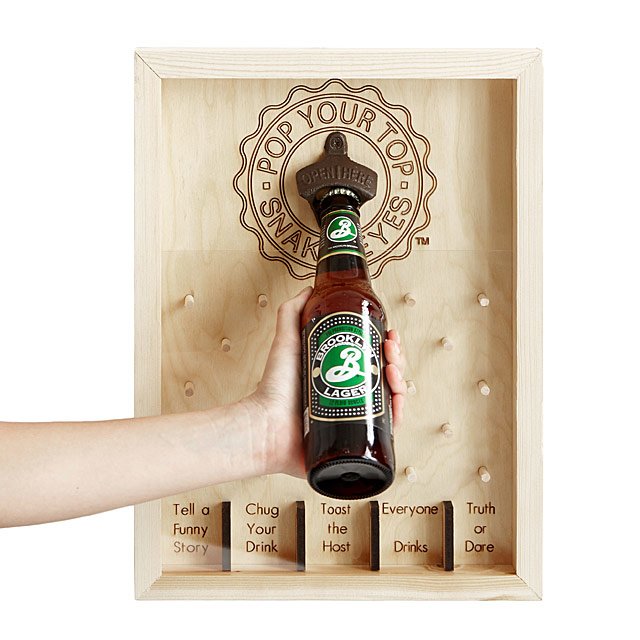 Make your dad’s house the place to drink with this slot game. Who knew drinking could become even more fun?

Check out full lists of great ideas by following the links below:

Activities to Enjoy This Winter

One thing you can count on in North Idaho and that is that Idaho has 4 great and very distinct seasons. Each having something fun and unique to offer. From the weather to events, food  and clothes. Above all, there is always something to do in each season. Indoor or outdoor person, it doesn’t matter, there’s something for you.

Over the next few months there are enough activities in our beautiful city and surrounding area to make your head spin. Below are just a few of  activities you might want to consider.  You can always stay tuned to our What’s Happening Page for January, February & March for a full list. Including dates, times, locations and links!!

It’s a show you can’t miss! The only Pacific Northwest Company to hold this will have this production.

There will be a buffet dinner, plus a silent & live auction

It’s known as the “Wildest Event in the Rockies”!! Check out ATVs Towing Skiers Down a Snow Covered Downtown Street Course

Take a stroll through the streets of New Orleans where you can enjoy New Orleans Style Food from 10 Local Restaurants! Don’t forget about the fun street entertainment.

Check out this cocktail showdown with Local Mixologists!

The above is just a handful of the events happening over the next couple of months. And, there is always many to choose from each month and season.  Get out and enjoy all our area has to offer this winter!! And don’t forget to drop by our What’s Happening Page for January, February & March for a full list. Including dates, times, locations and links!!

John and Tracey Chime In

We love north Idaho. We love the fact that every season has its own unique life.  Festivities, events and change.  You never get bored here.  Just about the time you are ready for a change, Idaho delivers!  Each season has so many fun and unique activities and many that you look forward to all year long.   Idaho keeps it interesting and enjoyable and its just one of the reasons we call this our forever-home!

We are on Yelp!

We are now on Yelp!  If you have worked with us, we would love it if you took a moment to review your exerience on Yelp!  Share your real estate story!

Shred it up with US!

Let the shredding begin! Join us this Thursday the 19th at our  Windermere Post Falls Office from 11-2. Bring old papers and documents and we will shred them all! Hot dogs and beverages provided. We will see you there … Located at 1616 E Seltice Way, Post Falls Idaho.